We come to work every day with one common goal, to design, build, sell and service the world's finest school bus. That's what we do - no distractions, no competing priorities. 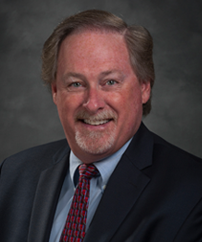 Prior to joining Yancey, Mark also served as the General Manager of the power systems division of Stowers Machinery in Knoxville, TN where he led all phases of the commercial and on highway engine business. Mark began his career with Caterpillar Inc. in 1979 and over the span of seventeen years held a series of field and corporate positions in marketing, sales, dealer development and national accounts. He holds a Bachelor’s of Arts degree from the University of Alabama in Advertising and Marketing, has held positions within dealer advisory councils and 20 groups in the truck and bus industries, and has previously served on the board of directors for the Georgia Motor Trucking Association.